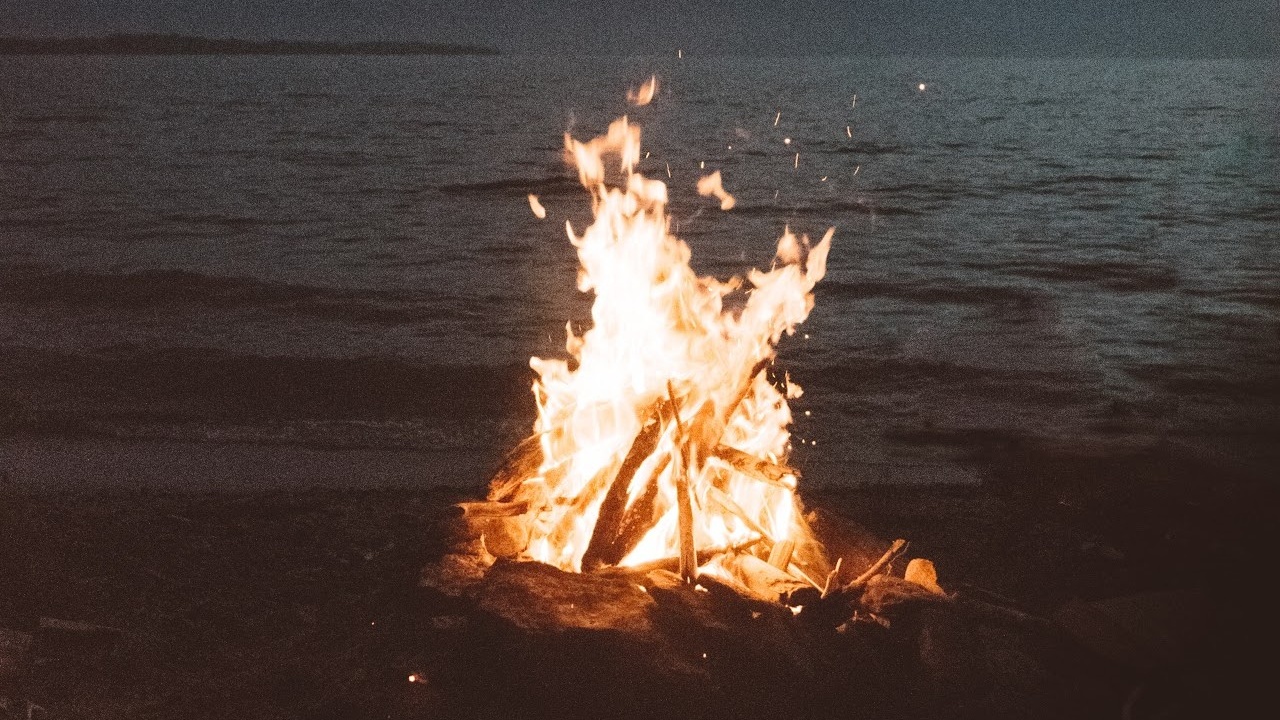 You know that meme, right?

There’s that meme, the one with the dog with a hat; he’s at the table drinking coffee. Everything around him is on fire – the house is burning down. A word bubble says, “This is fine.”

As a writer coming out of 2020, you probably relate to the dog.

Pursuing your goals hasn’t changed but the world around you has. It’s required more, for sure.

If you’re reading this right now, then you have set a goal that you would like to write a book one day, or you see publishing or self-publishing as a part of your business goals, or maybe you’ve even dabbled in publishing already. You’ve made a commitment to the goal. That was the easy part. Now comes the doing, and with it, the resistance.

So, how do you dive into your creativity during a crisis? We want to share with you some inspiration to help you tap into your creative juices so that you can create something amazing and impactful.

Get Answers to Your Publishing Questions 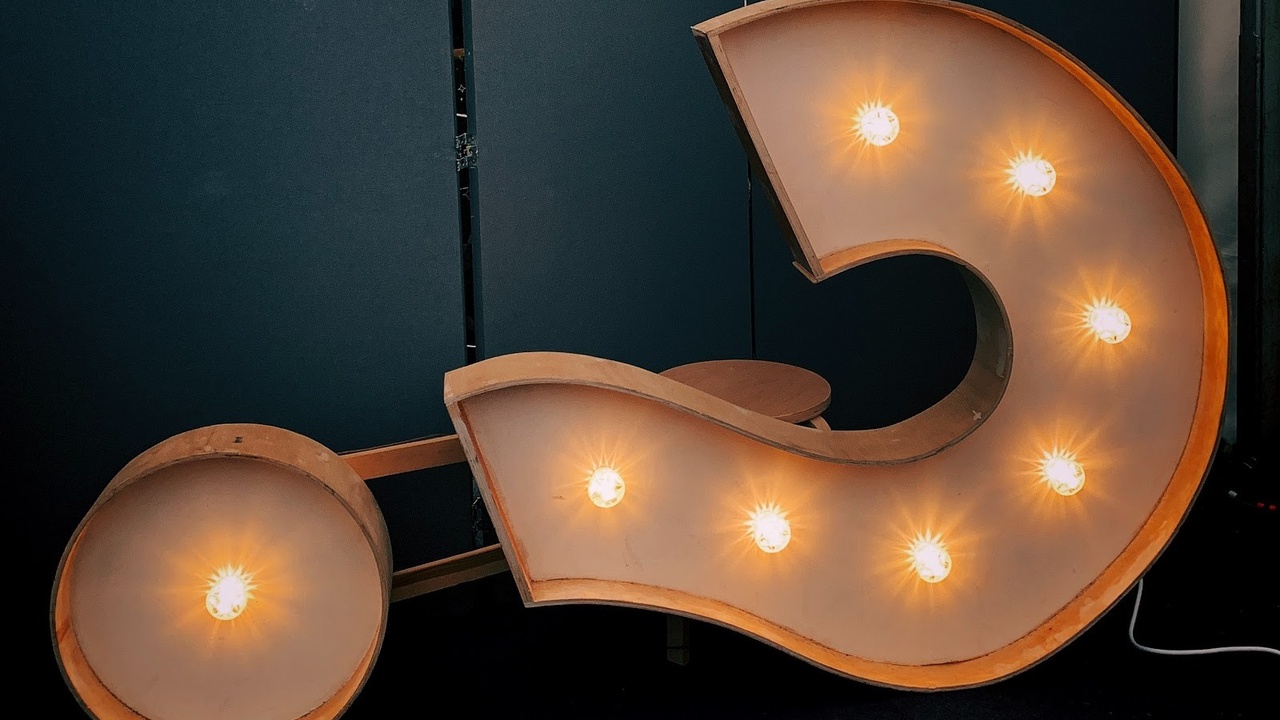 If writing a book isn’t hard enough, there are also the questions that surround what to actually do with your book when it’s ready to publish. How do you build a book that will appeal to publishers? How do you create a proposal or query an agent? Most writers neglect the actual business part of writing because of the sheer difficulty of it.

The business of being a writer is complicated. Don’t let it get between you and your publishing dreams.

You’ve got questions that need answers. Every writer does. Oftentimes those questions are what stand between you and achieving the next step in your publishing career.

But what if there was a way to alleviate those pesky questions?

At Author Coaching, one of the many services we provide is one-on-one coaching. You can book a meeting with one of our agents to go over the questions you have.

We teach and coach first-time and veteran authors interested in advancing their... 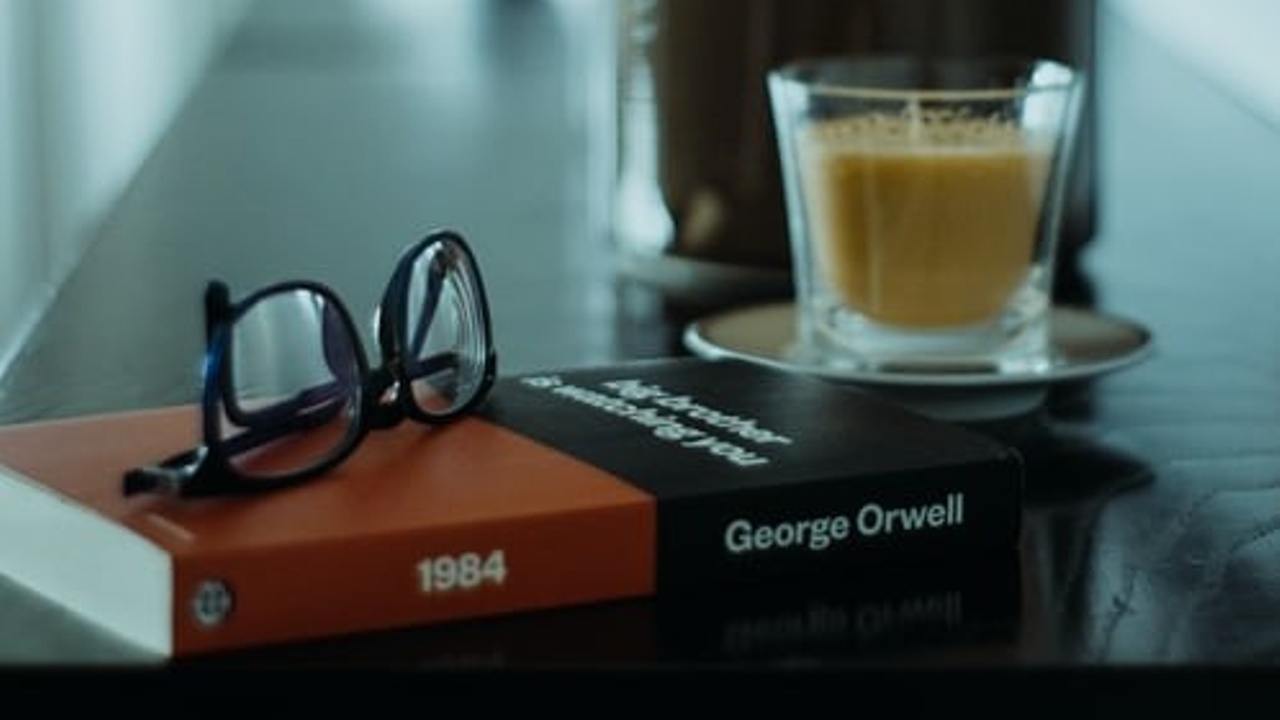 Welcome back to our latest issue of the Yates & Yates Author Coaching monthly newsletter providing a brief update of the current state of the book publishing industry. As always, feel free to share.

Well, at least it was for the publishing industry…and our 44th President. The year that none of us saw coming – nor will we ever forget—has turned in a surprising, record-breaking performance for book sales. With NPD BookScan reporting an astounding 942 million combined units sold of print and ebooks, 2020 finished 9% above good ol’ 2019 and tallied the most book sales ever in a single year since BookScan started in 2004. Print sales were up 8.2%, at 751 million copies—the most since 2009 (one year before the true emergence of the ebook). Likewise, ebooks were at their highest level since 2015, up 12.9%...

Don’t Leave Home Without One 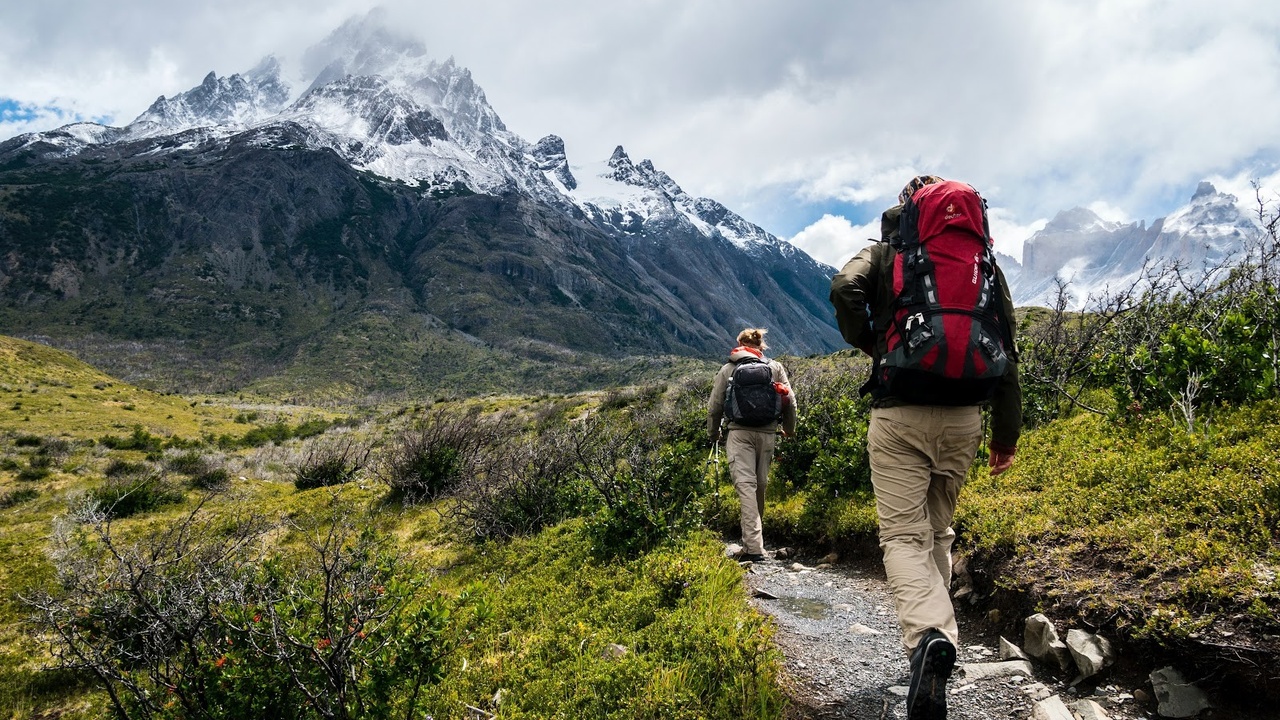 Do you have an outline?

If you were going hiking and you asked us, “What’s the one thing I have to have that most people forget?” We would say, “Water.” Of course!!! You have to have water. But have you ever left on a journey, maybe a vacation or even a hike, and forgot to pack something essential? Maybe it was water. You wouldn’t be the first person to leave a water bottle in the car.

Often on the writing journey, writers leave something essential behind too: an outline.

You might be surprised that a lot of writers when asked if they have an outline, respond that they don’t. “I know where I’m going,” or the classic response, “I have an idea.” 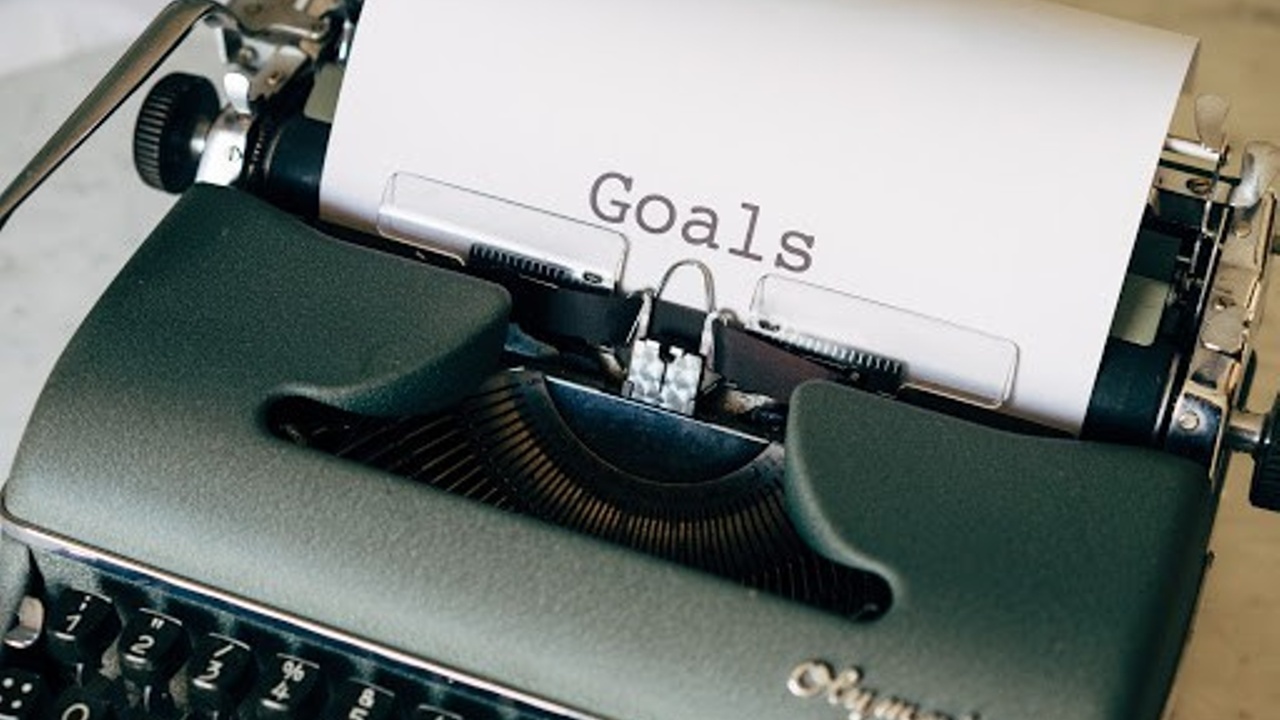 But there’s no time to celebrate now because we’ve got 2021 ahead of us. There’s so much to do, right? If you’re struggling with those pesky resolutions, you are not alone.

By now you’re either still on pace or you’ve given up. Not much wiggle room. Why are we so harsh that we create a pass-fail system to begin each year that we wouldn’t give to our worst enemy?

That’s why we need to create goals that are resolution proof. Those are the types of goals that stay with us, the sticky ones. When spring gets here, when summer starts, or fall begins, you don’t feel ashamed or guilty about those optimistic goals you set way back in December of last year because you made them resolution proof.

Here’s how to resolution-proof your goals.

As writers, we have this visual proof, word count, or stacks of printed pages, that can show the progress we’ve made. What determines whether... 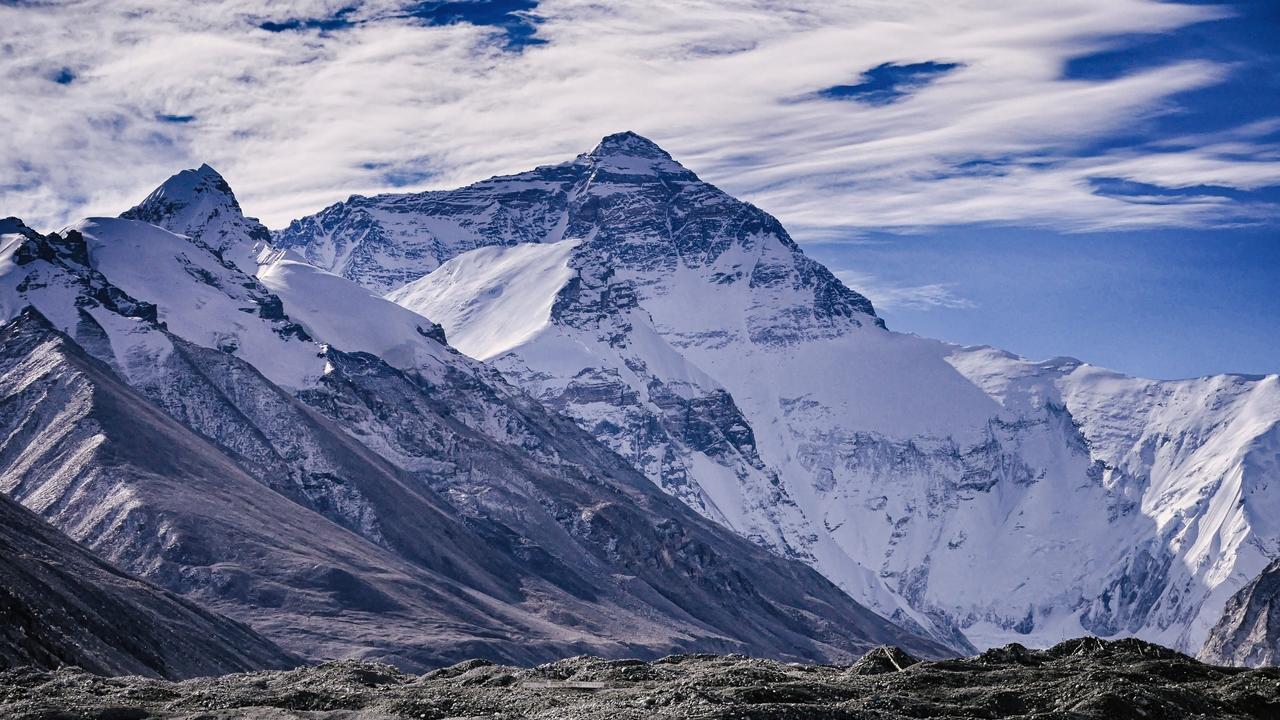 Welcome back to our latest issue of the Yates & Yates Author Coaching monthly newsletter providing a brief update of the current state of the book publishing industry. As always, feel free to share with your friends, colleagues, or anyone else who might care.

IT COULD HAVE BEEN WORSE

Final 2020 year-end numbers won’t be out for a little while yet, but with the year that will be remembered in infamy finally behind us, the book market emerged as one of the economic sectors that came through relatively unscathed – in the aggregate (more on brick-and-mortar and employment numbers later). As of the week before Christmas, total print sales year-to-date were up 8.2% over 2019. If you’ve been following along at home, you’ve heard us say plenty of times that we all were quite fond of good ol’ 2019. It was a solid year for the publishing industry. To have bested 2019 in a year of such unprecedented calamity is down-right astonishing. It shows, anecdotally,... 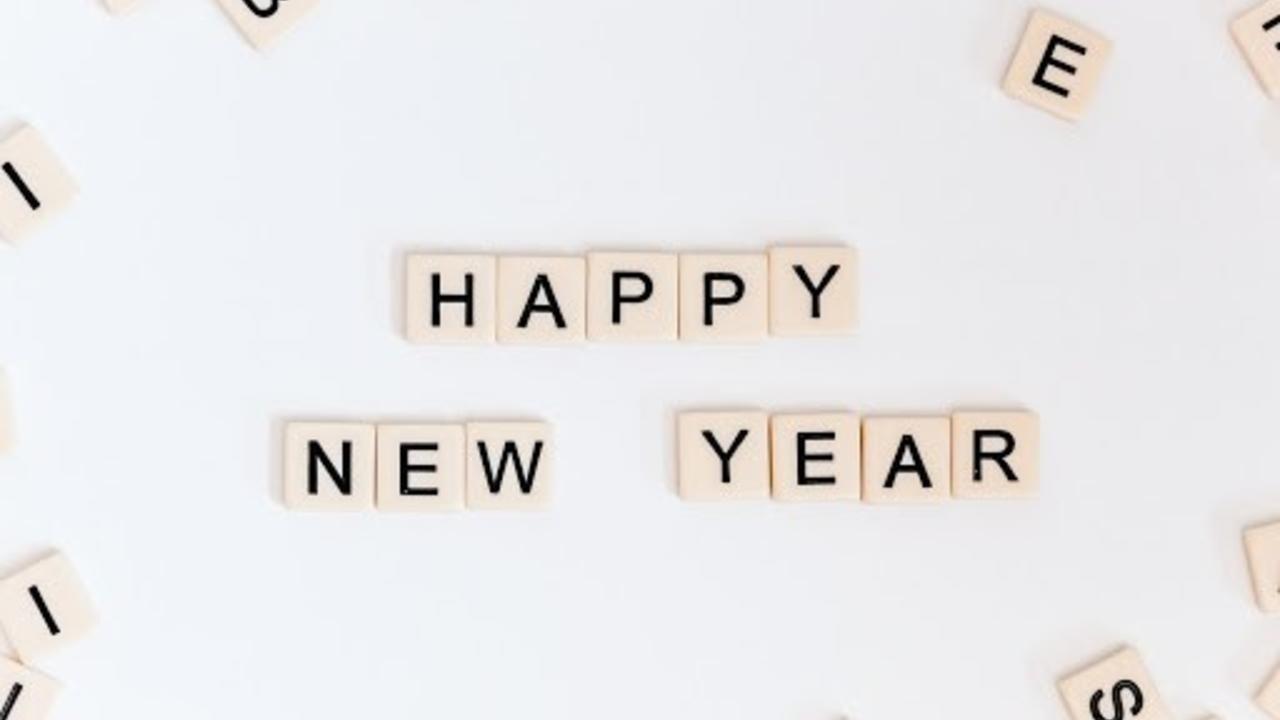 This is not the 2020 any of us thought we were getting. It was filled with setbacks and heartache, complete changes to how we live and work.

And yet there’s a lot to be grateful for, too. Perhaps one thing you haven’t considered is how 2020 has made you a better writer. You might look down at your creative goals for this year and see more dreams than accomplishments. We’ve stewarded multiple clients through finishing books while they took on new duties at home like virtual school or their entire list of speaking engagements being canceled.

And yet, this is actually how it always goes. Maybe not in scope or collectively, but there are always going to be hurdles and cancellations, both minor and major. You see, writing a book means throwing caution to the wind. You are inviting obstacles to distract you, for life to give you hurdles. You might not be asked to virtual school a junior in high school, but you might be given another task that’s going to take time... 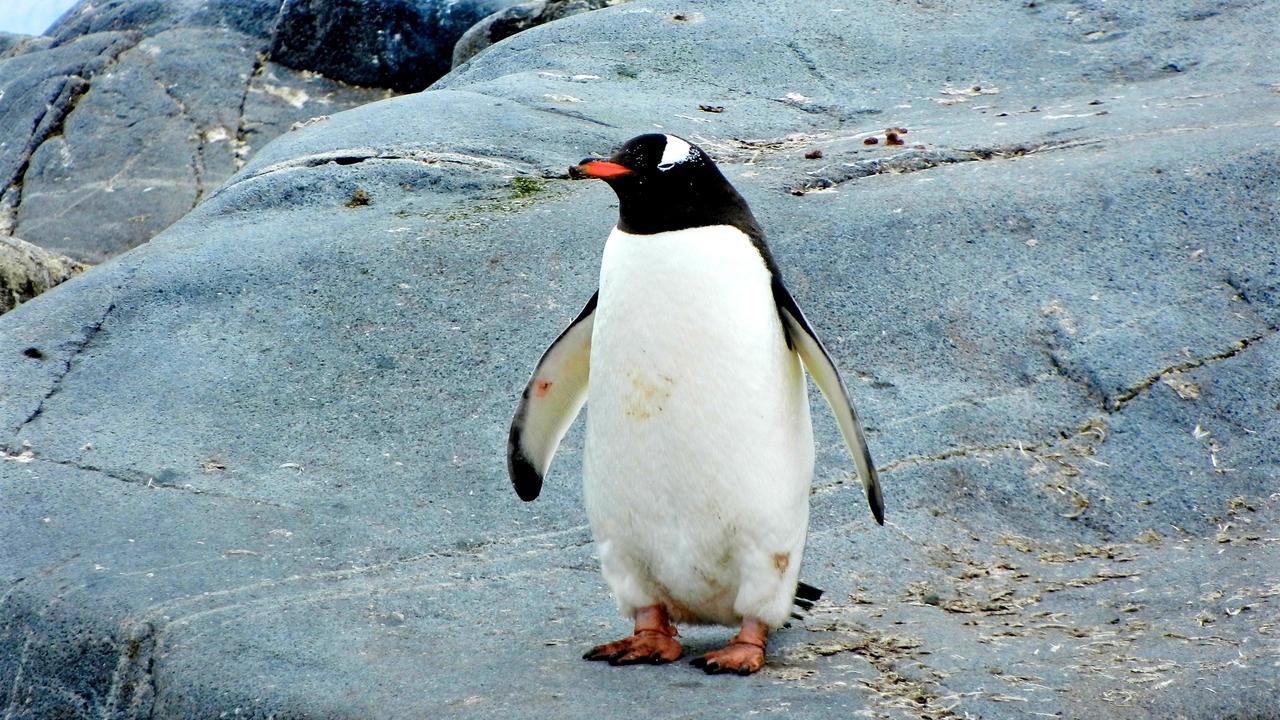 Welcome back to our latest issue of the Yates & Yates Author Coaching monthly newsletter providing a brief update of the current state of the book publishing industry. As always, feel free to share with your friends, colleagues, or anyone else who might be interested.

For nearly all of 2020, ViacomCBS has been shopping its publishing arm, the storied publishing stalwart Simon & Schuster, with two suitors emerging in recent months: NewsCorp’s HarperCollins and Bertelsmann’s Penguin Random House (welcome to a world dominated by international media conglomerates). When the bidding stopped, Penguin Random House was on top at nearly $2.2 billion. Cue the antitrust allegations.

A combined PRHSS (no idea what they are going to call this behemoth) would be over $3 billion in annual US sales—nearly triple its nearest competitor, the aforementioned HC. PRH claims that its acquisition isn’t an antitrust problem,... 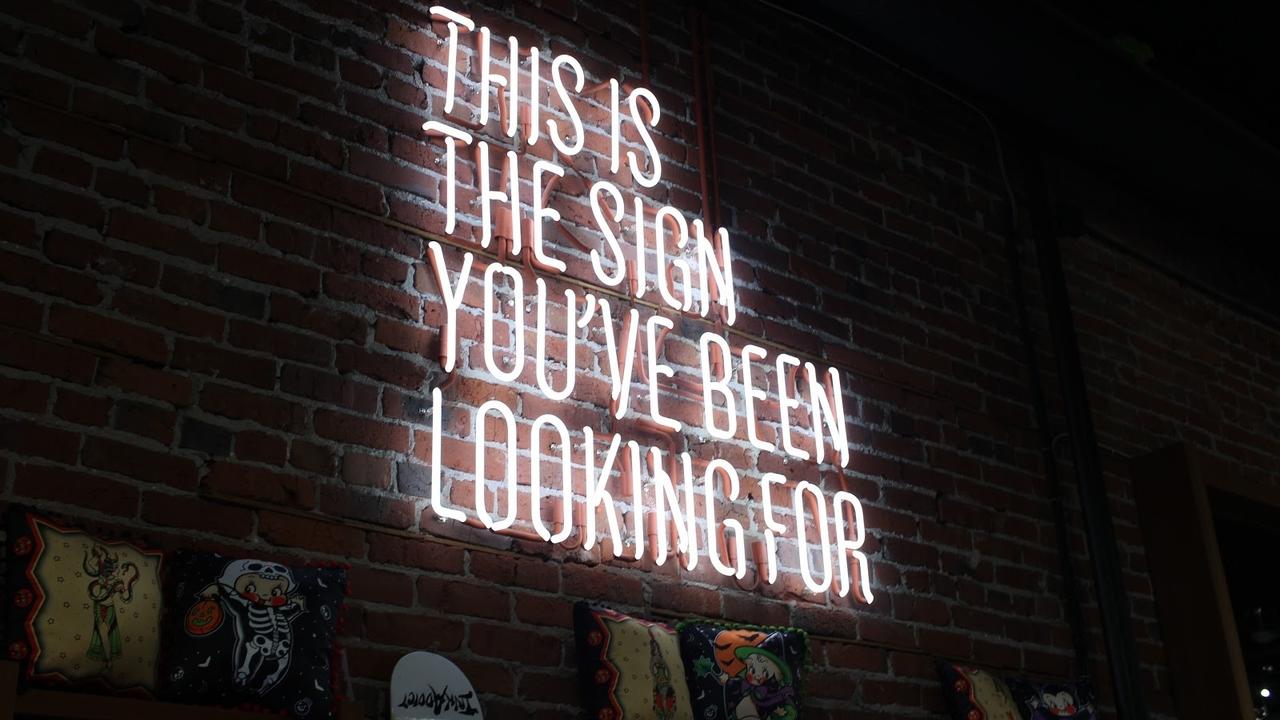 Every writer faces rejection. The difference between the writers you read about and the ones you don’t, comes down to who conquered that fear. It’s up to you to decide which path you choose.

But it’s not that simple, is it?

It’s easy to list how many times great books were rejected – J.K. Rowling was rejected numerous times before she finally found a home for Harry Potter – but we lose sight of the choice that the writers made. They chose to lean into The Resistance.

Rejection is an outcome, but what if it was actually a positive outcome? To be rejected, you have to revise, submit, and query. You have to hone your craft. One of the biggest secrets writers don’t get to see, and sometimes ever know, is that they oftentimes have less control over rejection than they think because it’s a numbers game.

“The Resistance can’t win if you keep writing.”

A writer can’t control an agent...

Why Your Word Count Matters 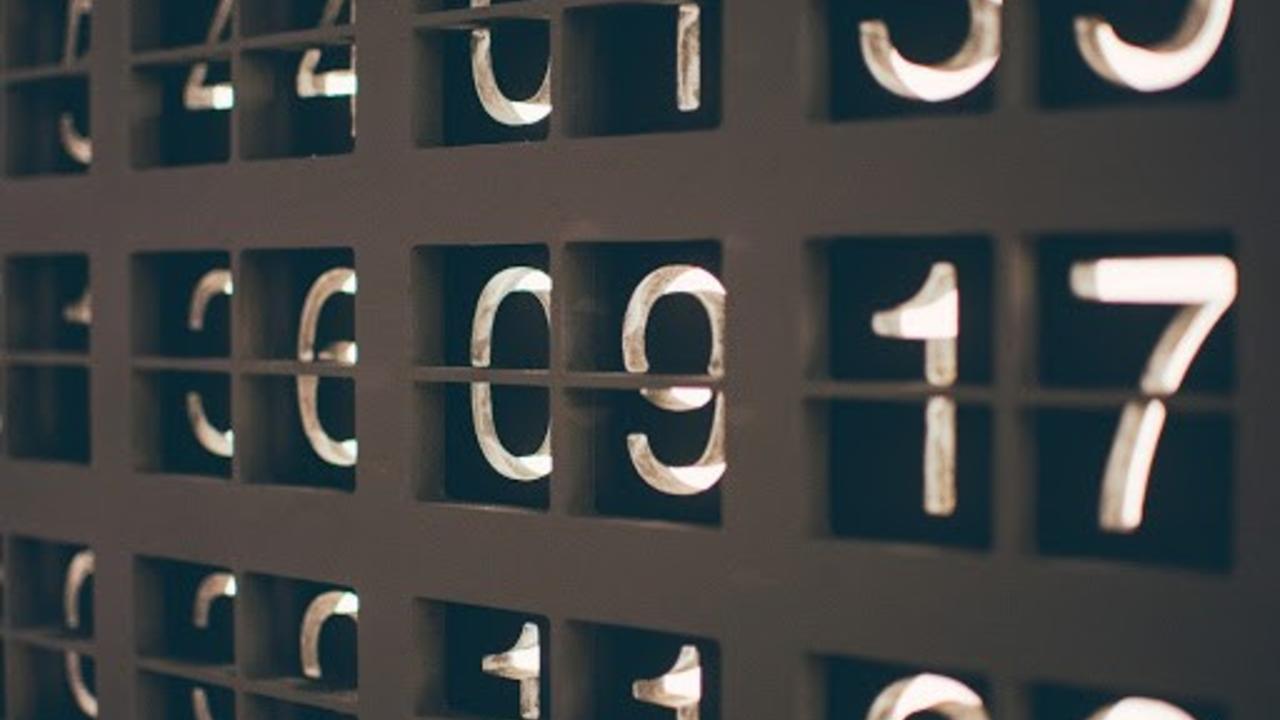 Should you be concerned with your book’s word count? Absolutely. Knowing and understanding why word count matters is an important indicator for your project. Let’s make sense of these numbers.

One of the scariest requests a writer can get is to add words to a manuscript she thinks is complete. Suddenly, what you thought was done or close to it, needs an extra chapter or (and this happens) an extra 5,000 or 10,000 words. That’s a lot of words to add to something you thought was done. But why does word count matter? Wouldn’t coming in with a low word count just mean the book will be shorter?

It’s not quite that simple.

There are two reasons why word count is important.

The first reason is word count helps a reader determine if your book is a fit for him. Every reader has an expectation for how long a book will be based on the genre they are wanting to read. For example, if you write a novel and it is long, like Russian literature... 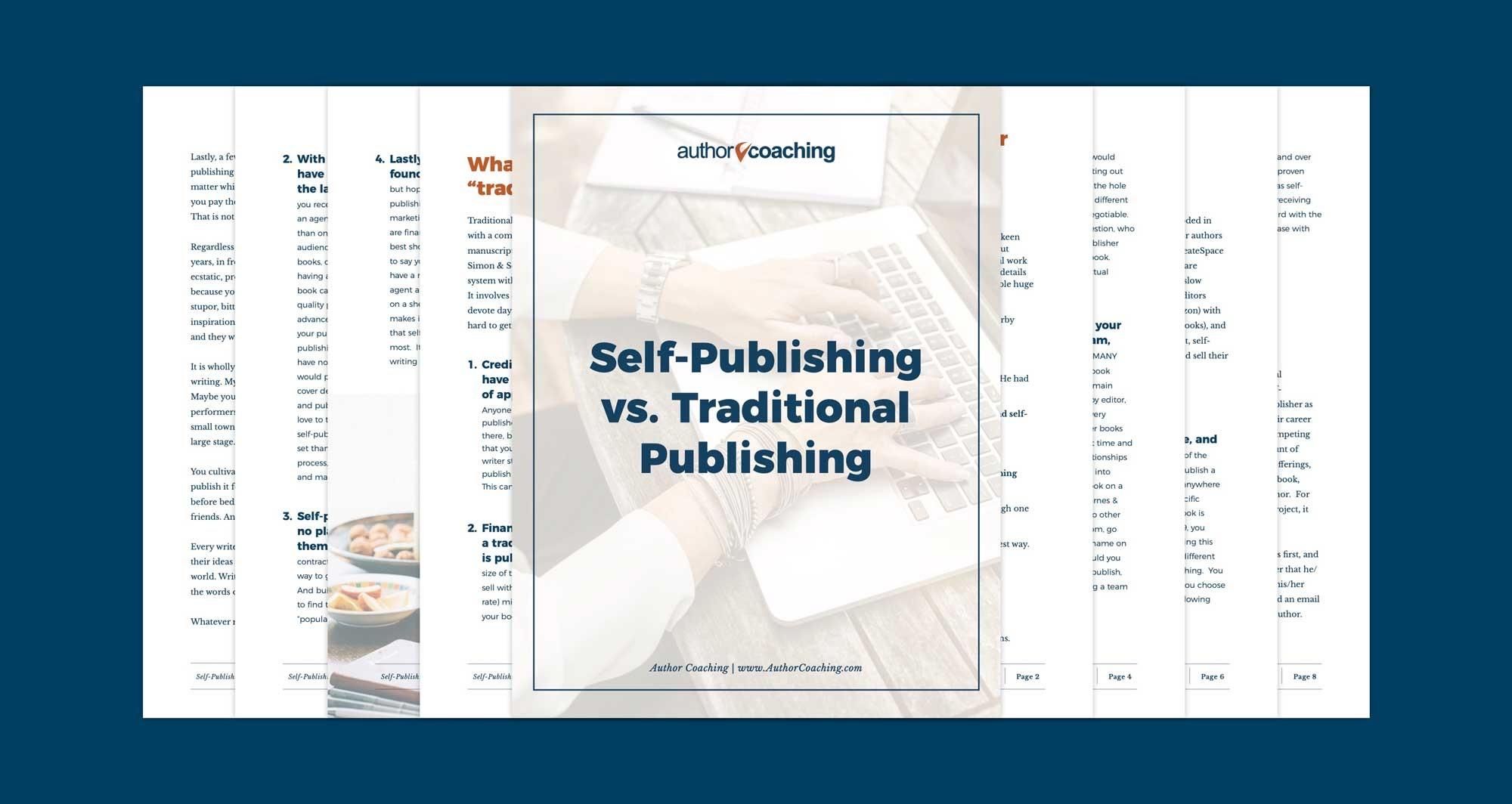